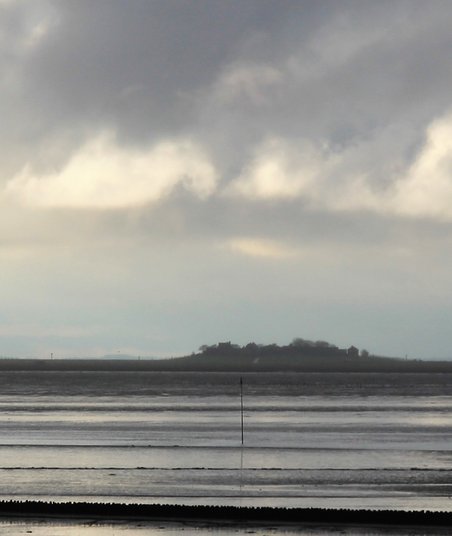 The Hallig Oland, also called The Lovely, is a small Hallig of 2km² in size. Until 1634 it was still connected to the Hallig Langeness by land. Over the centuries, the connection was destroyed by storm surges. Hallig Oland also lost a lot of landmass. Originally it had two wharfs. Now the inhabitants only live on a single wharf.

We would like to visit this Hallig with its special flair with you. We will walk one way through the mudflats (7 kilometres), and travel the other way by ship. During the trip we will tell about the inhabitants of the area, the Wadden Sea National Park and World natural heritage.
We will show you the sights of the wharf and of course, we will also visit the church. We have organised a refreshment on the tour.